March 1st is National Pig Day! We love pigs at Animal Voices, and to start the show, we share some fun facts and stories about our remarkable porcine friends! 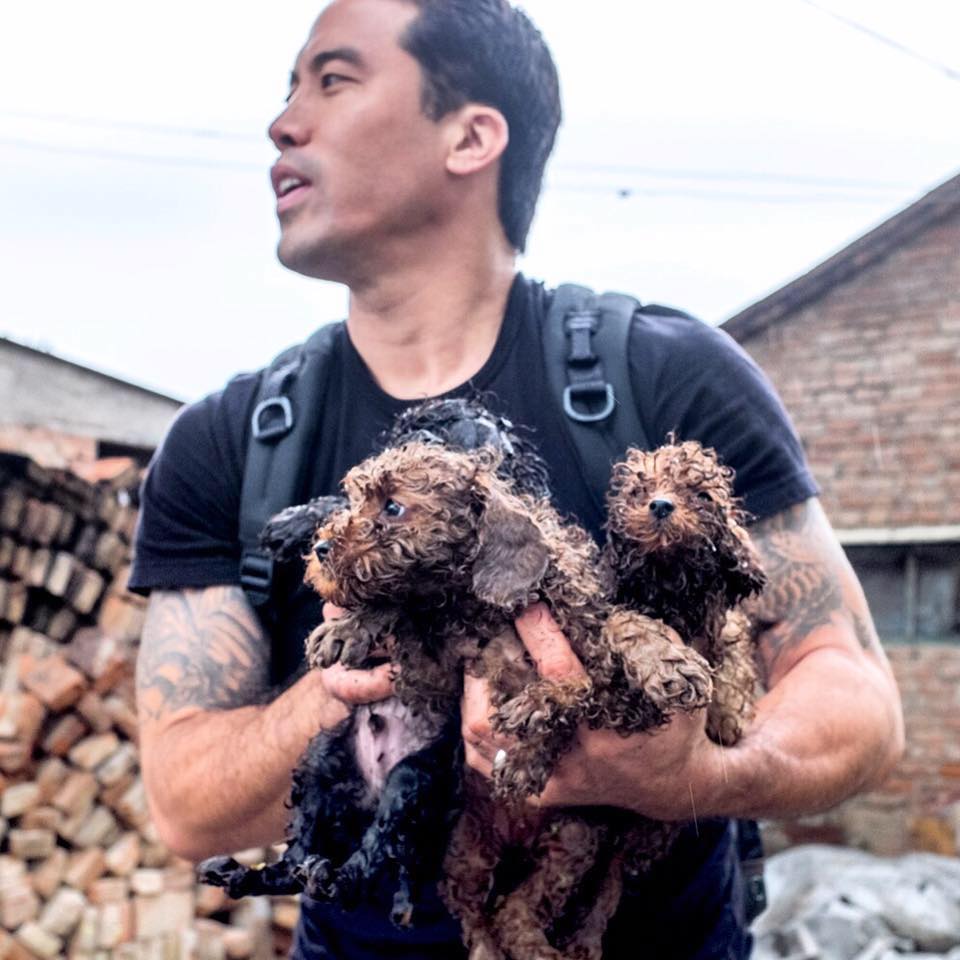 Like many of the animal advocates we feature on the show, Marc Ching is a hero for the animals. But what makes him stand out is his relentless drive to fight for the animals in risking his life, being beaten, robbed and held at gunpoint as well as with a machete blade, in his efforts to rescue hundreds of dogs in both China and South Korea from the meat industry. He is making this work his mission, and has witnessed terrible things in the dog slaughterhouses in Asia by doing so.

Marc is the founder of The Animal Hope and Wellness Foundation, which is a non-profit organization in California focused on rescuing and rehabilitating severely abused animals. In this feature interview, he is here to speak to us about his life’s mission in these rescues, and the dog meat industry in Asia.

It’s strange. When I look back a year and think, I cannot even recognize my hands. I have died so many times since then. But with each breath, have been born again. I am stronger, but definitely weaker. I am lost. But found pieces of myself I could not find unless I stood next to death.

Gary Charbonneau, Lawsuit Against the Filmmaker of “Vancouver Aquarium Uncovered”

Our first interview is with local filmmaker Gary Charbonneau. He’s the director of the feature-length documentary “Vancouver Aquarium Uncovered”, which is an exposé against the Vancouver Aquarium and the cruelty and corruption behind its doors.

It was recently published for free viewing on both Vimeo and YouTube last month, and now, as of last week, the Vancouver Aquarium is suing Gary and his film company for copyright violation in the making of the film. In this interview, Gary respond to the allegations and the impact of the lawsuit on the film thus far.

As of the last week of February, the film is still available on Youtube and can be viewed here:

← An Activist’s Quest to Veganize the World (Part 2)
Animals as Persons: The Animal Charter of Rights and Freedoms →