It’s the Meatout Show! Meatout Day is on March 20th.

To start this show, in the theme of “cutting out the meat”, we discuss how we personally and practically transitioned to eliminating animals from our diets, to provide some examples of how it can (and has) been done. Then we chat about last weekend’s Vancouver Vegan Prom! Sponsored, in part, by Animal Voices, we were all in attendance last Saturday night and enjoyed a fine evening of food, music, camaraderie, and vegan super heroes, in the literal sense. 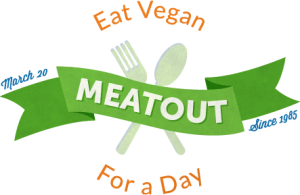 Our first interview is with Executive Director Michael Weber of the Farm Animal Rights Movement. FARM is the non-profit organization behind the Meatout campaign, which is an annual international observance helping individuals evolve to a wholesome, compassionate diet of fruits, vegetables, and whole grains.

Meatout Day falls on March 20th and has been happening since 1985. Michael speaks with us about Meatout 2013, and discusses the role that animal activists can take in encouraging others to take the pledge to go vegan for a day, a week, or more.

To take the Meatout pledge, or to just learn more about this campaign and how you can be involved, visit www.Meatout.org 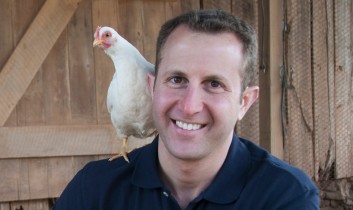 For our feature interview, we have Paul Shapiro on the show. He is the Vice-President of Farm Animal Protection of the Humane Society of the United States, and works of the forefront of the movement in keeping informed of the current issues facing farmed animals, and society’s attitudes towards meat consumption.

He discusses with us and shares his thoughts on various “meatout” topics that are affecting us in the world today, including the recent horse meat scandal in Britain (and our society’s disgust with eating flesh from a horse, but contentment with eating flesh from a cow); the current (proposed) “ag-gag” legislations in the U.S. to suppress factory farming whistle blowers; the trend of falling meat consumption in North America; and the rise of Meatless Monday programs in school cafeterias.

Check out this video clip of Paul’s recent appearance on the Issues with Jane Velez-Mitchell show, as he discusses the agriculture industry’s efforts to shut down whistle blowers:
http://youtu.be/9BUdcGG4R3o