Listen to the episode here:

This week’s show is all about fashion and featured two designers from near and far: Tara-Lee Gardner and Joshua Katcher.

Tara-Lee Gardener was born and raised in Vancouver and is proud of her Sto:lo first nations heritage. Tara-Lee is a true artist who creates T-Shirts and jewellery. Her art is most often North Westcoast form line design, though it often features subjects that have not been represented in this way before. She says the intent of her art is to create eye catching pieces that reflect her ancestry and convey stories and messages about issues that matter to her, such as animal welfare and environmentalism. 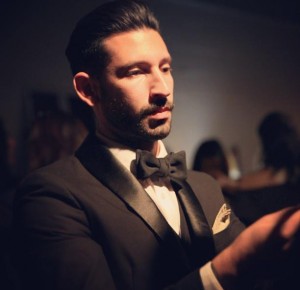 Joshua Katcher is a professor of fashion at Parsons The New School. His research focuses on sustainability and ethics in fashion production. Katcher started The Discerning Brute men’s lifestyle website in 2008, focusing on “fashion, food and etiquette for the ethically handsome man”, highlighting visionaries and creating discourse with creative-influencers who want to redesign the world, redefine success, and look good doing it.

In 2010 he started the label Brave Gentle Man, which utilizes what he calls “future suede”, “future leather” and “future wool”. He says these materials are superior to problematic animal-fibers, and in doing so has created a high-end, sustainable and ethically-made Men’s Collection.