We start this episode by chatting about our different experiences in encountering injured wildlife, and how we dealt with these situations. We also discuss how to co-exist peacefully with wild animals in our environments. And Denise shares a story of discovering an animal in need this week, on the street, which you would never guess she would find! 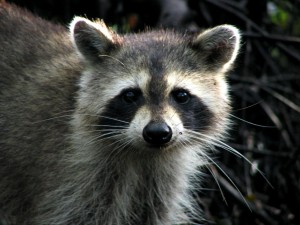 Sara Dubois is the Manager of Wildlife Services for the British Columbia Society for the Protection of Animals, and also oversees the operations of the BCSPCA’s Wildlife Animal Rehabilitation Centre (Wild ARC), located in Metchosin, BC, just outside of Victoria, on Vancouver Island. The shelter specializes in caring for the hundreds of injured and orphaned animals that come to its facility every year, and to date, since its inception in 1997, over 27,000 wild animal patients have been treated.

It’s springtime now and the wild animals are more prevalent in our human society these days than usual, so what are you to do when you encounter an injured raccoon on the road, baby animals without their mothers, or a bird with a broken wing? Sara gives us tips and advice on how to help injured wildlife that we may encounter in our daily lives, so that we may be empowered with this knowledge the next time we run into such a situation.

Our feature interview is with Dr. Clifton Flynn, who is a professor of sociology at the University of South Carolina Upstate. In 2001, Dr. Flynn was awarded the New Animals and Society Course Award by the Humane Society of the United States, and in 2008, was named a Fellow of the Oxford Centre for Animal Ethics. He has published numerous articles on animal abuse, and recently authored a book called “Understanding Animal Abuse: A Sociological Analysis”.

Until the last decade of the twentieth century, the abusive or cruel treatment of animals had received virtually no attention among academicians. Since then, however, empirical studies of animal abuse, and its relation to other forms of violence toward humans, have increased not only in number but in quality and stature. Sociologists, criminologists, social workers, psychologists, legal scholars, feminists, and others have recognized the myriad reasons that animal abuse is worthy of serious scholarly focus. In his overview of contemporary sociological understanding of animal abuse, Clifton Flynn asks why studying animal abuse is important, examines the connections between animal abuse and human violence, surveys the theses surrounding the supposed link between abuse of animals and humans, and lays out some theoretical perspectives on the issue.

Clif comes to us to speak with us about some of the key ideas presented in this book regarding the abusive relationships that some humans force over the non-human animals in their lives.

← Easter Eggs, Fairy Tales, and a review of Vegan Secret Supper
Turtle Valley Donkey Refuge in BC… and Eating Vegan in Vegas! →