Listen to the extended podcast here! (and on Apple Podcasts and Google Play)

To start the show, Grace and Alison chat about what it means for them to consider investing their dollars towards a better future for both the animals and the Planet.

Also, we appeal to Canadians to sign this new House of Commons E-petition to our Prime Minister Justin Trudeau, to ask him “to support and encourage the closure of wildlife markets globally that could become sources for future pandemics and to commit to end the international and domestic trade in wild animals and their products that could aid in the spread of zoonotic diseases.”

The petition is sponsored by Michelle Rempel Garner, MP. The petition takes about 3 minutes to sign and can be found here. 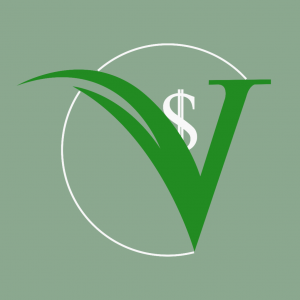 For our first interview, in the spirit of considering goals and aspirations for the New Year, we have Mark Perlmutter on the show. Mark is a long-time vegan advocate, and an entrepreneur who has co-founded a non-profit organization called The Vegan Investing Club.

This Club is a community of people who want to come together to help accelerate the vegan economy via as little as a $100 investment into vegan companies that they wish to support. Why put your investment money into boring and perhaps unethical stocks or RRSP portfolios that don’t do anything to support the shift towards a vegan world that we want to see?

In this interview, Mark explains for us newbies how the club works (no obligation, no membership fees), and how we can empower ourselves by empowering the vegan economy that is trying to produce new products and services where animals are not used nor abused, and creating new, animal-free technologies to replace the harmful ones of the present and past.

To join The Vegan Investing Club, just go to https://veganinvestingclub.org and submit your first name, email address and country, and you’ll be part of the newsletter list to hear about the first investment opportunities as they come along!

Here’s a short video that explains the gist of the Club:

Jasmin Singer, author of “The VegNews Guide to Being a Fabulous Vegan: Look Good, Feel Good, and Do Good in 30 Days” 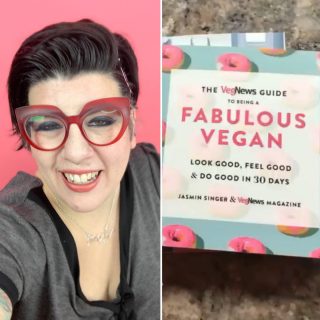 Vegan activist and author Jasmin Singer and her new book for becoming a Fabulous Vegan in 2021 and beyond!

For our feature interview, we welcome back Jasmin Singer! Jasmin is an author, editor, speaker, activist, lesbian and vegan, and she has just written a stunning and joyful book called “The VegNews Guide to Being a Fabulous Vegan: Look Good, Feel Good & Do Good in 30 Days”. What a way to start off the New Year! (and feel free to check out our last interview with Jasmin here, from 2016, when her memoir book was launching).

In this New Year’s interview, we speak about some of the topics covered in the book, but Jasmin is a multi-talented human-being and her other achievements should be noted. We know Jasmin foremostly as a podcasting colleague as she and her co-host, animal law professor Mariann Sullivan, have been producing the award-winning Our Hen House podcast for the last 11 years now, never missing a week!

Jasmin is also a long-time overall activist across many realms, including animal activism, body positivity, LGBTQ activism and anti-racism. And she uses many mediums to spread the message, and can be seen in documentaries, tv shows, books, and as the former Senior Editor of VegNews magazine.

The book is 30 chapters long (one chapter for every day of the month), and in this limited time interview, Jasmin speaks about such topics as how to navigate meals like lunches and eating vegan on a budget (with many meal suggestions!); being armed with a plan to successfully navigate one’s vegan journey; shocking facts about cheese (that we didn’t even know!) and why imposing dairy on our peoples is institutionalized racism; the rate and reasons of recidivism among new vegans; and how we can avoid these pitfalls and enjoy the vegan lifestyle as the lifestyle of abundance that it is!

Enjoy this short trailer for the book!

This show was produced and hosted by Alison Cole, and co-hosted by Grace Wampold.  Web content written by Alison Cole. The closing song is dedicated to SG.

← So Long 2020: A Look Back and A Leap Forward
Penguin Awareness Day: “Penguin Lady” Dyan deNapoli on Reasons to Love (and Save) These Amazing Birds →