Listen to the extended podcast here!

The extended version of the podcast is now posted here (above), so please enjoy the full 2 hour version with extended interviews!

We, at Animal Voices, love plant-based (vegan) meats. Whether you are a meat-eater, flexitarian or vegan person, we can all agree that the vegan meats on the market these days are OUTSTANDING! They replicate the texture and the taste of animal-flesh meats, for those who enjoy that, but they also are delectable food products of their own, and have expanded with so many brands and varieties becoming available in the past handful of years. For whatever “meat” you wish to eat that doesn’t inflict animal cruelty or great harm to the environment, there is a plant-based meat for you!

From sausages, to burgers, to chicken strips, to deli slices to seafood to so much more, there’s no reason not to eat some veggie meats and be delightfully satisfied and impressed. Also, no cholesterol and good amounts of protein – because plants have protein! These meats are made of a variety of plant proteins, including gluten, peas, tapioca, beans, coconut, oats and more.

Because of the limited space in this one hour radio show (although extended podcast), we can’t interview all the vegan entrepreneurs who have set out to provide delicious plant-based meats for the Planet,  but we’d like to do a shout-out of some of our favourite vegan meats that we recommend. In no particular order:

To start the show, we speak about some of our favourite plant-based meats, and also speak about growing trends in the vegan meat industry, and why our Planet especially needs to shift towards vegan foods now in light of past and present animal-borne pandemics. 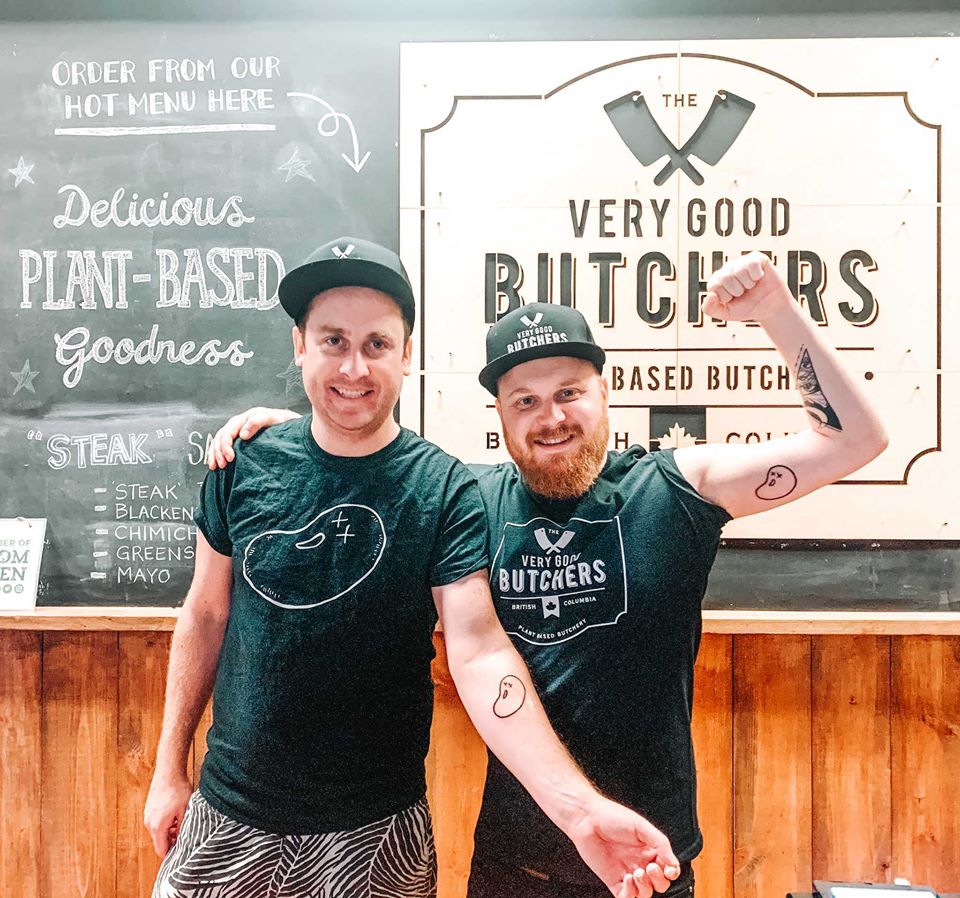 James Davison and Mitchell Scott, at their butcher shop, in Victoria, BC.

For our first interview, we have BC local vegan entrepreneurs James Davison and Mitchell Scott on the show. They each make up half of a young company called “The Very Good Butchers“, which is based in our province’s capital of Victoria, BC. These two are not your typical animal flesh butchers, however. They are actually butchers of beans!

The Very Good Butchers have both a popular butcher shop and café in downtown Victoria; their organic products are available in hundreds of stores in BC, with plans to expand coast-to-coast; and you can also order “Meat Boxes” to be shipped anywhere in Canada.

In this interview, Mitchell and James tell us how they got started as bean butchers, the mission of their company, what it means to be a plant butcher as opposed to a “meat” one, plans for growth in the future with recently opening equity shares on the Canadian Securities Exchange, and advice for for new vegan entrepreneurs to succeed in the business. 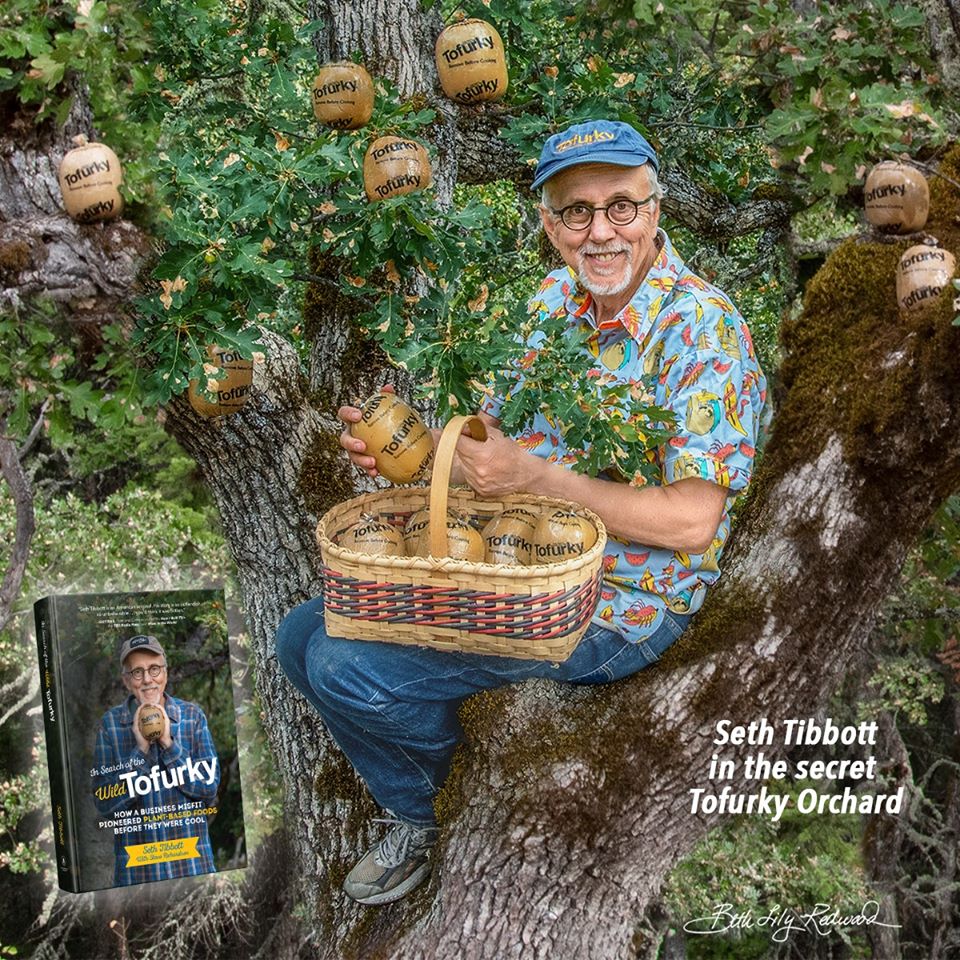 Seth Tibbott, founder of The Tofurky Company. Photo by the talented Beth Redwood.

For our feature interview today, we have the incredible Seth Tibbott on the show! Seth is based in Washington State, and is the Founder and Chairman of The Tofurky Company, having started in the business in 1980. What additionally makes his story unique is that he came from a background of no business acumen – he was just a self-described “idealistic hippie” who lived in a tree house, and had the idea of bringing healthy, eco-friendly, tasty plant-based protein to the world.

Nearly 40 years, and many mistakes later, using his unconventional approach to business paired with his faith in his products and a deep belief in environmental causes, he has transformed the $2500 startup into a family-owned global brand worth over a hundred million dollars! Seth has recently published an incredible storytelling book called “In Search of the Wild Tofurky: How a Business Misfit Pioneered Plant-Based Foods Before They Were Cool“.

In this interview, Seth tells us about his now 40 year journey of having a dream to feed the people with plant-based meat alternatives, and pushing through to achieve that goal and more than he had ever imagined. Seth is a pioneer in paving the way for the vegan food industry, which now provides so many options, and he has much knowledge to share. The Tofurky Company now makes 43 products — all vegan —, and sells them on 6 continents and in more than 27,000 stores around the world!

Here’s a wonderful book trailer for “In Search of the Wild Tofurky”, featuring Seth Tibbot himself!

← International Ice Cream Day: Katherine Backman of Nora’s Plant Based on How Veganism Brought Passion to Her Work, and Christy Cunanan of Cheeri Cheeri on Connecting with People Through Filipinx Vegan Ice Cream
Children’s Books and Parenting from a Vegan Perspective: Abioseh the Vegan Poet on his Unique Book, “I am Not Food,” Addy Rivera Sonda on Illustrating New Book, “Junebug: No Life Too Small,” and Jen Rivera Bell on her Passion for Indigenous Vegan Motherhood →