Listen to this show here!
[display_podcast]

Nutritional health is one of the top concerns for people during pregnancy…parents want to give their children the best chance of a healthy life. Given all the current information available about the benefits of a plant-based diet and the overwhelming evidence that animal products contribute to the leading causes of death, why are so many people still under the impression that vegan pregnancies would be “extreme” or risky?  The American Dietetic Association states that well-planned vegan diets are healthy for ALL stages of life, including pregnancy, that they are nutritionally adequate, and may provide health benefits in the prevention and treatment of certain diseases. Many vegan doctors, nutritionists and dieticians are encouraging vegan pregnancies as well as life-long vegan diets for the babies as they grow into adults. Autopsies performed on infants who were still-born/died from accidental causes/fetuses who died in the womb revealed plaque in their arteries (atherosclerosis) caused by their mother’s diet (trans fats found in junk food, saturated fat found in meat and dairy, and cholesterol found in eggs). The number one cause of death is…..our standard Canadian and American diet.

Watch this video on health by vegan Dr. Michael Greger:

Our feature interview today is with Vancouver’s Anna Pippus, vegan mom to two vegan kids, animal rights lawyer, strategist and activist. She specializes in issues relating to farmed animals and the animal rights movement more broadly. Anna proudly serves as Director of Farmed Animal Advocacy for Animal Justice and as Strategic Advisor for We Animals, a project by Canadian award-winning photo journalist, Jo-Anne McArthur. Anna believes these two organizations do an excellent job of making animal use and abuse visible, and laying the groundwork for legal and political reform. Anna joins us to discuss her reasons for raising her kids vegan. 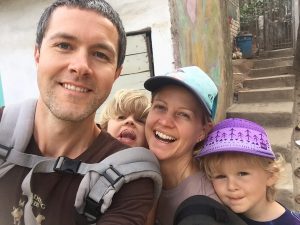 This show will air Friday May 11th at noon PST and will be available as a podcast shortly afterwards. Tune in live at 100.5fm or live-stream here: http://www.coopradio.org

← A Journey of Love, Justice and the Fulfillment of a Sacred Obligation to One Orca
Food Justice and Veganic Farming with JoVonna Johnson-Cooke →