[display_podcast]
February is Black History Month, and today we celebrate two young animal rights activists destined to make history. They will share how their love for animals and the planet inspire them to spread the vegan message. 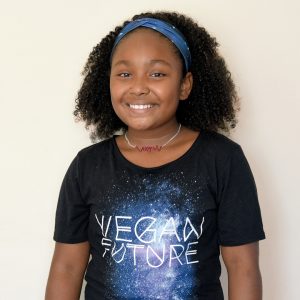 Genesis Butler is an 11-year-old vegan and animal rights activist who went vegan at the age of 6 when she found out mother cows had their milk taken from them.

She is also featured in “Vegan: Everyday Stories” and the upcoming documentary “The Invisible Vegan” and recently became the youngest person in history to give a TEDx talk when she gave a talk on animal agriculture and its destruction of the planet.

Genesis loves to share her message of love and compassion for all life on this planet and speaks regularly at both vegan and non-vegan events. 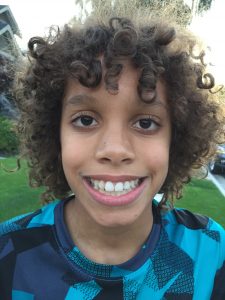 Kingston Walters, aka “King Zoom the Vegan Kid” has been a Vegan since birth.

When he was seven, he gave his birthday money to Doctors Without Borders specifically to help the people of Haiti affected by the earthquake. He has raised money for local animal shelters selling lemonade in the summer.

The past few years, Kingston has become well known in the Vancouver animal rights scene and is known for his enthusiasm, compassion, and talent for connecting with all people. He loves to leaflet and is currently working on a YouTube channel where he shares Vegan recipes and interviews people on the street.

Today he talks about his activism and volunteering and introduces his YouTube channel, “King Zoom the Vegan Kid”.