December 10th, 2016 is International Human Rights Day. To start the show, we discuss some of the correlations between human rights and animal rights. We are all interconnected here on earth, and you can’t have human rights without caring for the rights of animals, and vice versa.

Then we’ll talk about the big rally that animal activists in Vancouver took park in last Sunday to speak up against the cruelties of the Vancouver Aquarium.

Annelise Sorg, No Whales in Captivity

Our first interview is with Annelise Sorg, from the Vancouver-based grassroots organization No Whales In Captivity, whose mandate it is to inform the government and the public of the inherent cruelty in keeping animals in captivity. Its goal is to stop the Vancouver Aquarium from importing more whales and dolphins for public display, and in light of the recent deaths of two beluga whales at the Aquarium in the past weeks, now is the time to step up the message.

In this interview, Annelise gives us an update on the lives and deaths of the beluga whales Qila and Aurora. She also discusses threats against activists in the aftermath of the deaths, and how mainstream media can twist words out of context to be unable to show the full picture of those who don’t support captivity and speak up for it.

No Whales in Captivity is also currently circulating a public petition to ask the Vancouver Park Board Commissioners to put a stop to importing further cetaceans in the the aquarium. You can find and sign that petition here. 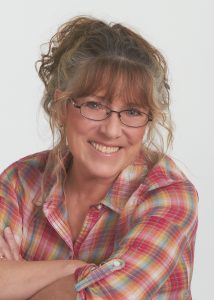 Our feature interview is with author Robin Lamont. Based in New York state, Robin’s diverse career history has seen her working as a singer, a Broadway and film actress, a private investigator, an assistant district attorney, and now an award-winning novelist.

Her first novel, If Thy Right Hand, was named “Best of 2011” by Suspense Magazine, and won the gold medal from the 2012 Independent Publisher Book Awards. Her latest work has been on a set of novels called The Kinship Series, which follows an animal rights investigator’s various missions and experiences in exposing animal abuse. Starting at a small-town pig slaughterhouse with the release of The Chain in 2013, and delving into the world of animal trapping with her latest book The Trap, Robin is set to publish the Kinship Series‘ third installment, entitled The Experiment, in the new year.

In this interview, we discuss her novels, animal advocacy, creative writing as social activism, and some of the ways human rights are involved with animal issues for International Human Rights Day this week.

← The Fictions of Our Animal-Consuming Culture, and New Discoveries in Animal Intelligence
The Cold Truth About Sled Dogs, and Vegan Holiday Cooking with Isa Chandra Moskowitz →