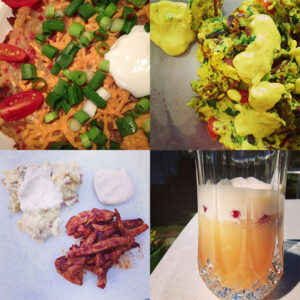 This show is 100% good times. Funny comedians, and yummy things.

First up, Jenni reviews Betty Goes Vegan, the first cookbook by Annie and Dan Shannon. This heavy duty book features 500 recipes for the modern family. One lucky listener will win a copy!

Later in the show, Jenni is joined by vegan comedians Myq Kaplan and Zach Sherwin, live from their tour stop as part of their comedy tour: TOURannosaurus Rex.

Myq Kaplan (pronounced “Mike”)is a comedian. He is a 2010 Last Comic Standing Finalist and has appeared on the Tonight Show, the Late Show with David Letterman, Comedy Central Presents, Conan, and many other places. You can listen to Myq’s podcast, Hang Out With Me, on the Keith and The Girl network. His CD, Vegan Mind Meld, was one of iTunes’ top ten best-selling comedy albums in 2010. Zach Sherwin (formerly MC Mr.Napkins) is a musical comedian with a new album who has perviously performed on Just for Laughs and many other places!

1 comment for “Animal Rights is a Laughing Matter: Featuring Myq Kaplan and Zach Sherwin, and a review of Betty Goes Vegan”