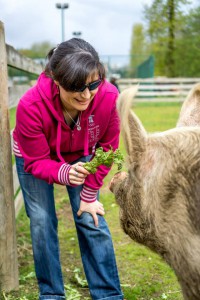 Alison is proud to be a member of the Animal Voices collective since November 2009, where she reunited with her radio broadcast roots to produce and co-host a show that speaks deeply to several of her passions: animal rights, veganism, education, and broadcast communications. Her evolution into developing her awareness of animal issues and compassion for all creatures started as a teenager, when she began asking questions and adopted a vegetarian lifestyle to live in harmony with her ethics. Always on a path of learning, she went vegan in 2006, and since 2011 has been exploring a high raw vegan lifestyle.

Alison enjoys participating in many facets of animal activism in her community, from attending demos to tabling for animal rights groups to social media advocacy. However, she is most committed to and focused on providing quality programming on the Animal Voices show each week, and continuing to educate herself on these issues so that she can have the most up-to-date and accurate information with which to educate others.

A few of the most influential books she has ever read to help pave this path are “Slaughterhouse” by Gail Eisnitz, “Diet for a New America” by John Robbins, and “The World Peace Diet” by Will Tuttle – all must-reads for every human being, in her opinion! 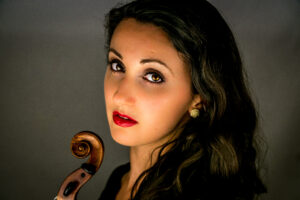 Elyse has been co-hosting Animal Voices since September 2014 and producing since October 2015. A lifelong animal lover, she finally “made the connection” in 2010 after watching the documentary Earthlings, and committed to a vegan lifestyle. She is now a passionate advocate for animal liberation and regularly participates in activism in the Vancouver area. She is especially interested in evidence-based vegan nutrition, the intersections between veganism and other social justice issues, and all scientific findings related to animal behavior, sentience, and intelligence.

Elyse is a professional classical violinist and violin teacher, as well as an occasional lyricist, and she enjoys using these skills and the platform they provide to call attention to animal and human rights issues. In her spare time, she enjoys eating delicious vegan food, going to concerts and plays, travelling, reading articles online, and watching movies.

Asami has been working behind the scenes helping producers with writing webposts editing shows since September 2019. She had always loved animals, but it was a love guided by societal conventions for the animals she was taught to love. In 2015, Asami learned about the concept of not eating any animals and animal products, and decided to just give it a go. It was years later that she learned about the ethical components of veganism and began advocating to her peers. As she learned more, the inherent connections between veganism and other social justice movement came to light.

In her free time, Asami enjoys singing, cooking, yoga, watching shows and documentaries, and indie games. Her favourite games include To the Moon, 100% Orange Juice, Night in the Woods, Ibb & Obb, and Animal Crossing. Despite having begun singing in her high school choir, she sings a range of songs. Her current favourites are No Hoard of Value by Jinjer and Parallel Lines by Sayuri. Asami’s favourite book since high school has always been A Fine Balance by Rohinton Mistry. Her favourite documentaries are Land of Hope and Glory, The Ivory Game, and Chasing Coral.

Leah began volunteering with the Animal Voices Collective in January of 2020. She is a white genderqueer femme settler raised in occupied Lenapehoking on ancestral Lenape lands, currently living on unceded and ancestral Sḵwx̱wú7mesh, səl̓ilwətaɁɬ and xʷməθkʷəy̓əm lands and studying GRSJ & Spanish at the University of British Columbia.

They stopped eating animals in 2016 after watching the documentary “Cowspiracy”, and in 2018 became more committed to fighting for Animal Liberation and the Liberation of all oppressed peoples after reading “Aphroism: Essays on Pop Culture, Feminism, and Black Veganism from Two Sisters” by Aph Ko & Syl Ko. Leah is most interested in critical animal studies and how Veganism and Animal Liberation are present across social justice communities and movements.

Grace has been a producer for Animal Voices since the beginning of 2020. Grace became vegan in 2015 after years of exploring the ethical and environmental implications of industrial agriculture. The philosophy of veganism for Grace is to actively address our own hypocrisy when living our daily lives in a colonized nation and to act in solidarity with all people, plants, and places that experience oppression or marginalization.

Grace Studies Animal Welfare and Sustainable Food Systems at UBC on the unceded and ancestral Sḵwx̱wú7mesh, səl̓ilwətaɁɬ and xʷməθkʷəy̓əm lands. One day, they hope to open a multi-species community farm in order to create a healing space for the land and local peoples.