[display_podcast]
To start the show, we chat about last weekend’s Canadian Health Food Association show (CHFA West), which took place in Vancouver. This annual trade show showcased 750 exhibitors and their new food and personal care products that are coming to Vancouver! Jen and Alison share their favourite vegan finds of the show, and their thoughts about the burgeoning movement in vegan products and entrepreneurship. 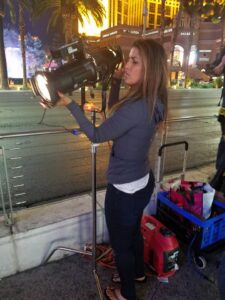 Connie Spence (Vegan Batgirl), is a 7- year vegan who was trying to figure out a way to drive more conversations and turn more eyes toward veganism. Noticing the constraints of many activism events being that large numbers of activists were required in order to create an impact, she sought out to find something that reached more people with fewer activists involved.

Backed by a 15-year career in advertising and software business development, and understanding the meticulous preparedness and components of transforming someone’s mind through advertising channels, Connie created the “Vegan Batman Light” to project 75 x 75 ft messages of truth and compassion onto the outsides of buildings.

The aim is to raise awareness amongst non-vegans about their everyday purchases which contribute to animal suffering. Vegan Batgirl is expanding her activism beyond Vegan Batman Light to billboards, vegan street art, and more to reach a larger audience who (hopefully) will start making the transition to veganism. 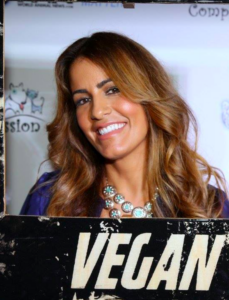 ← Vegan Entrepreneurship: The Best Deodorant in The World
Vegan Mom and Food Reporter Erin Ireland, and Lawyer Anna Pippus on The Ethics of Eating Your Companion Animal →