We’ve all seen the vacation pho 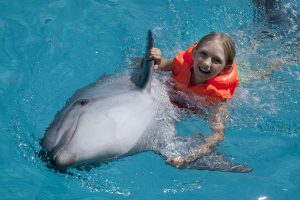 tos of people laying down next to docile tigers, or posing with monkeys or birds on their shoulders, swimming with dolphins, riding elephants, and cuddling lion cubs. One doesn’t even have to go on vacation to exploit animals…many Vancouverites proudly take photos of their children’s silhouettes against the stunning backdrop of the Vancouver Aquarium’s jellyfish tank, and now there is a new “touch pool” filled with manta rays who have had their barbs cut off so that anyone who wants to can just dip their grimy, bacteria-laden hands into these aquatic prisons to poke and prod at the bodies of unwilling participants in this “edutainment” activity. Join us for an in-depth discussion about the dirty secrets behind these profit-driven industries. We will also offer humane alternatives for those who seek animal encounters.

Vancouver-based vegan chef and animal rights activist, David Isbister offers his perspective on businesses which exploit animals, as well as effective strategies for activists who want to create positive change for the animals who are victimized for profit. David is well-known amongst the Vancouver activism scene for his relentless passion and dedication to the community and animals. His witty comebacks toward defensive animal-abusing business owners and patrons are highly-entertaining but also educational and well-informed…he has the ability to outsmart anyone arguing in favour of animal exploitation. One of the businesses David mentions in our interview is the Greater Vancouver Zoo. Have a look at the timeline of tragedy on this website: GVZoo facts.org and find out what you can do to help the animals. 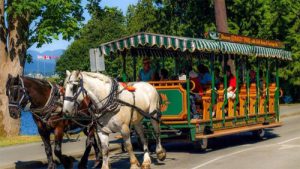 Jordan Reichert, an animal advocate, activist, and vegan community organizer who, in the fall of 2015, ran in the Canadian federal election in his home town of Victoria, B.C. for Animal Alliance Environment Voters Party of Canada (AAEV).

Jordan offers his perspective on the frightening crash in Stanley Park this week. Jordan is the founder of  Victoria Horse Alliance which aims to educate the public about the harm involved horse carriage rides which take place around the world and in his hometown of Victoria. He also co-organizes a number of associations including the Vancouver Island Vegan Association, Island Animal Liberation, and Victoria Animal News.

← Photojournalist Jo-Anne McArthur Documents the Plight of Animals at the Hands of Humans
Animal Rights Issues in Mexico, and Speciesism and Language: Exploring How Violence is Embedded in Our Words →