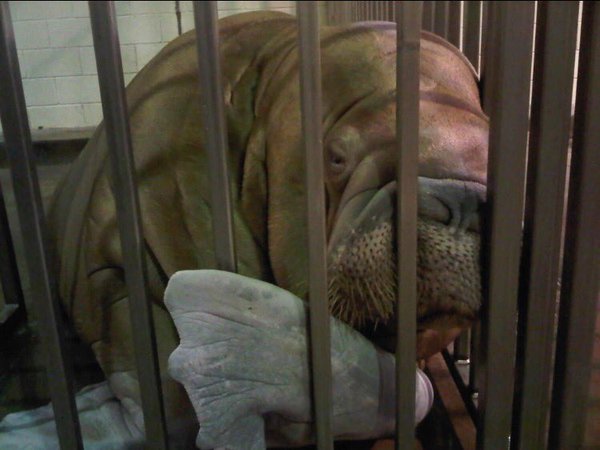 Marineland walruses and other animals are kept in concrete pens between performances and during closed hours and seasons (fall-spring).

Phil Demers worked as an animal trainer at Marineland for years, trying to help the individuals he grew to love as his own. In our interview today, he tells us about his experiences behind the scenes at this facility.

The lack of veterinary care, exposure to chlorinated pools by sea lions who went blind, lack of stimulation for the animals who were kept in concrete pens rather than allowed to be in the water between shows and during closed hours and months, the bullying he fell victim to by his superiors for speaking up for the animals, and the antidepressants and anti-psychotic drugs that the animals were taking daily for their lives in captivity.

We learn about the SLAPP suits against Phil and other whistleblowers from Marineland and how this is affecting their daily lives and finances with the mounting legal bills. 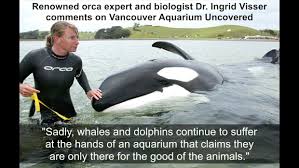 Conservationist, environmentalist, animal rights advocate, scientist and frequent Huffington Post writer, Jeff Matthews of Vancouver joins us for a discussion about the truth behind captivity, namely at the Vancouver Aquarium.

For years, Jeff has been a strong advocate for animal liberation and transparency at the Vancouver Aquarium, and all marine parks and zoos. A father of a young animal rights activist, Jeff says there are better ways to educate your children about animals’ lives other than to support profit-making corporations disguised as “research, education and rescue” facilities.

While he acknowledges the good work of the Marine Mammal Rescue Centre, he points out how grossly under-funded it is considering the huge profits made by the Aquarium, and sheds light on the unethical and exploitative practices . Jeff was featured in the 2015 documentary, “Vancouver Aquarium Uncovered” where he discusses the late beluga whale, “Nanuq” who was used for breeding purposes, flown back and forth to Sea World to be manually stimulated for his sperm.

Check out http://www.vanaquafacts.org for more info.

← Anita Krajnc’s Pig Trial and the Growing “Save Movement” for Farm Animals
The Elephant Show: Patricia Sims, filmmaker of “When Elephants Were Young”, and Fran Duthie of Elephanatics →