We start this episode with a recap of last weekend’s annual grand local event in the Vancouver animal rights community: Animal Advocacy Camp. Hear about how it all went! We also discuss the issue of animals in non-science education at university.

Animal Advocate Melissa Balfour joins us to tell us all about the upcoming Vancouver Vegan Prom happening on March 9th, 2013 at the Wise Hall, in Vancouver. Melissa discusses the top ten myths about vegan prom and will answer the age old question: what do I wear? More information about the prom can be found on Facebook  or the Prom’s official website: www.veganprom.ca

Be sure to stay tuned until the end of the show, as we’ll be featuring a live performance of the Vegan Prom Theme Song, composed and performed by our own Jenni Rempel! 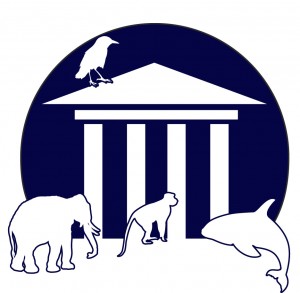 For our feature interview, we have Dr. Steven Wise on the show. He is the President of an organization called The Nonhuman Rights Project, as well as the author of such books as “Drawing the Line: Science and the Case for Animal Rights”, and “Rattling the Cage: Toward Legal Rights for Animals”.

The Nonhuman Rights Project is the only organization working toward actual LEGAL rights for members of species other than our own. Their mission is to change the common law status of at least some nonhuman animals from mere “things,” which lack the capacity to possess any legal right, to “persons,” who possess such fundamental rights as bodily integrity and bodily liberty, and those other legal rights to which evolving standards of morality, scientific discovery, and human experience entitle them.

Steven speaks with us about this project, the current legal status of animals in our society, and the work that he is involved with in preparing these cases to be heard in court in 2013.

← The Doc Show: Tribe of Heart and The Ghosts In Our Machine
Women’s Day: Speaking Up for Sister Species and Mother Nature →