To start the show, we put a call out for an open co-host/co-producer position that we have at the Animal Voices radio show. If you would like to use your voice to speak up for the animals via live radio broadcast, please listen to this show, and then send us an email at radioanimalvoices@gmail.com

The Vancouver International Film Festival is currently on, and Alissa speaks with us about some of the animal-themed films being shown at the festival. 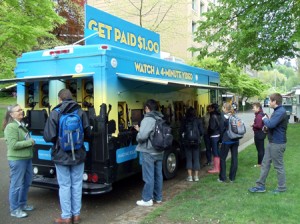 Our first interview is with Michael Weber, who is the Program Director of the Farm Animal Rights Movement, or FARM, a non-profit organization based in the United States that works to end the use of animals for food through public education and grassroots activism. They are also the founders of World Farm Animals Day, which is happening this week, and this year initiated a program called the “10 Billion Lives Tour“. The 10 Billion Lives public-awareness campaign offers incentives for people to view a four-minute video depicting the conditions of animals raised for food.

According to USDA reports, nearly 10 billion land animals are raised and killed every year for food in the U.S. alone. FARM is bringing this injustice to the country’s attention by showing the hard-hitting 10 Billion Lives video on a vehicle specially equipped to host up to 32 simultaneous viewers.

The vehicle sets up in busy public locations and offer people $1 to watch the video – an outreach method known as “pay-per-view.” After watching, viewers are encouraged to decrease consumption of animals and work towards a vegan diet. Michael speaks to us about this campaign for the animals, and sustained vegan advocacy.

You can watch the “10 Billion Lives” video here: 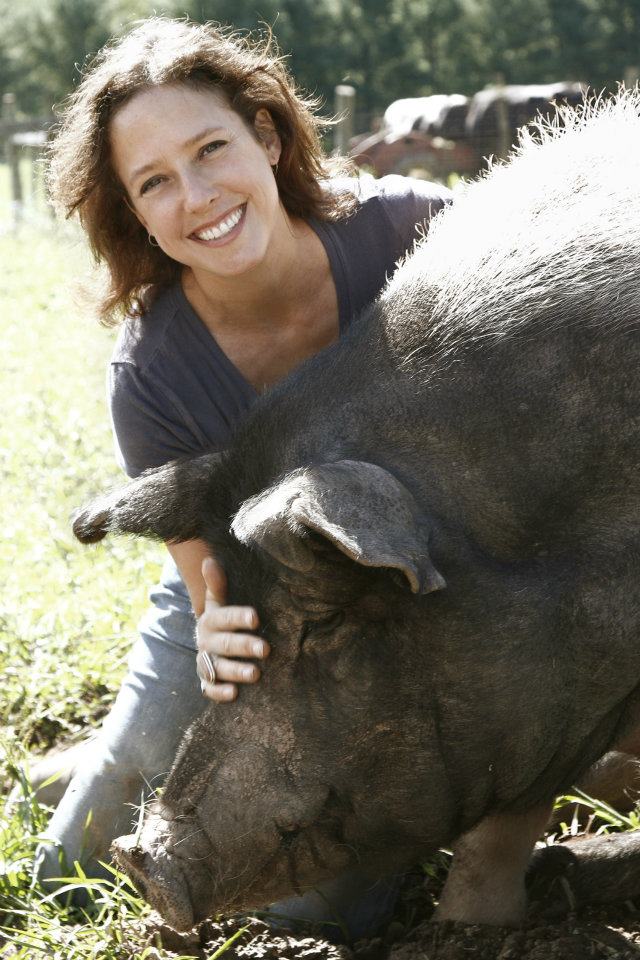 Our feature interview is with activist for the animals Jenny Brown. Jenny is the co-founder and Director of the Woodstock Farm Animal Sanctuary – a not-for-profit organization and farm animal shelter located in the Catskill Mountains of New York State. She is a passionate advocate for farm animals and veganism, believing that adopting a vegan diet is the most compassionate and sustainable action one can take. She previously worked as a television producer until 2002 when she went undercover in Texas to film farmed animal abuse. That experience led her to dedicate her life to helping farm animals and raising awareness of their plight.

Jenny recently wrote a book about her life story called “The Lucky Ones: My Passionate Fight for Farm Animals”, and tell us all about this fight and her activism.

Please take a look at this beautiful video of some scenes from Woodstock Sanctuary:

And you can’t miss this either: the book trailer for “The Lucky Ones”: